Beer that carries this mark has been brewed in a genuinely Independent Irish Microbrewery.

The ICBI launched the official mark for independently brewed Irish craft beer within the brewing community in late 2016. Now that it is widely in use, in 2019 we're launching it to the public. The mark differentiates authentic Irish craft beer among a sea of imitators.
The Independent Irish Craft Beer mark offers you reassurance that the beer displaying this mark is from an independently owned, small scale, registered microbrewery and that the brewer has complete ownership of the brand.

What the mark means for you as a consumer.

View detailed criteria for the use of mark

Apply To Use the Mark

Breweries - apply now to use the mark on your beer

There has been incredible growth in the beer market, in Ireland with in excess of 80 registered microbreweries now in operation when a little as eight years ago there were less than 20!

This is a fantastic news story for the consumer, leading to a really great choice of beers on the Irish market. But, along with the beers, we've found that craft beer drinkers also love the names and stories behind the breweries, and the link to their local community brewers.

Unfortunately, some companies have released products into the market which have been misrepresented as craft beer, and have vague origins, but suggest a provenance of craft beer from an independent Irish brewery. There's even a new name for these types of beers, dubbed as "crafty"!

The Independent Irish Craft Beer symbol offers reassurance to consumers that the beer they are buying is what it purports to be - that the brewery the beer came from is independently owned and small scale, a registered microbrewery (as recognised by Revenue's definitions), and that the brewer has complete ownership of the brand.

What this means for the consumer is that they can easily identify a beer which comes from an independent Irish craft brewer and make an informed choice, based on the provenance of the beer.

For the Irish craft brewers, it gives a means by which they can take a stand against the misrepresentation of brands and to identify themselves as what they are - small scale breweries, brewing their own beers in their own microbreweries.

The Independent Irish Craft Beer symbol had been devised and developed by ICBI, however use of the symbol is not confined to ICBI members.

Any brewer whose beer fulfils the criteria may submit an application for use.

Membership of the ICBI is not automatic qualification for use of symbol.

Detailed Criteria For Use

Note that membership of the ICBI is not a requirement in order to use the symbol.

If a company is part of a group the employee, turnover, annual balance sheet and ownership limits apply to the group

The work of the ICBI is supported by our membership fees and kindly supplemented by our key trade partners. A list of all of our partner / supplier supporters and full trade directory can be found here 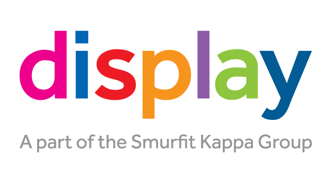